Under the Radar at Katama Airfield

But that’s the thing about the aviation bug — it bites hard and without warning.

“I might as well take a couple lessons,” she recalled thinking at the start of her tenure with the airfield. “I never left.” 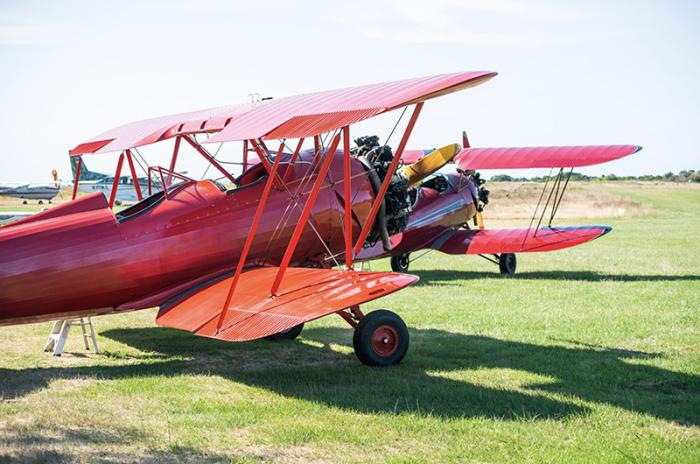 A biplane on the ground at Katama Airfield. — Ray Ewing

A biplane on the ground at Katama Airfield. — Ray Ewing

Tucked away among the grassy plains near South Beach, the small airfield has long been a home to developing pilots and aviation enthusiasts. For families, it’s a place to watch planes come and go, free from any fencing or barriers to entry. And for pilots, the nearly century-old airfield is a great place to park a plane and head to the beach.

“On a typical day we might get 20 or 30 planes,” Ms. Fitzpatrick said in a recent interview.

Ms. Fitzpatrick grew up in Oak Bluffs and became the general manager of Katama Airfield in 2019. She took over for Mr. Creato when he decided to focus on Classic Aviators, his biplane business.

Used for aviation since 1924, the airfield was purchased by Stephen Gentle, Mr. Creato’s grandfather, in 1944. The Gentle family operated the business for more than 40 years before selling it to Edgartown in 1985 in an agreement with The Nature Conservancy and the state. 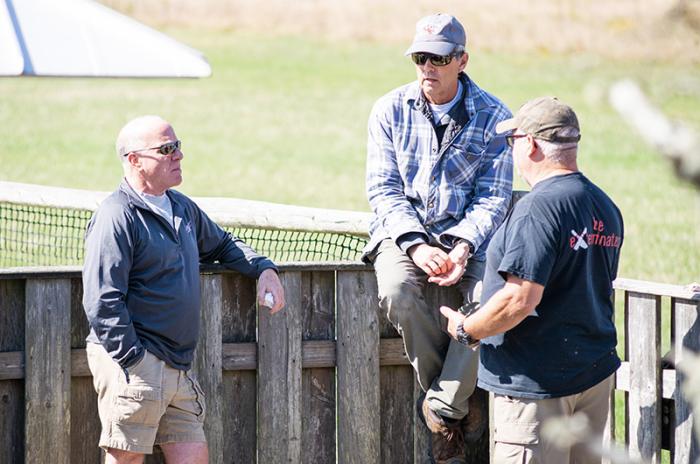 Free from the duties of airfield manager, Mr. Creato spends much of his time in the air during the summer months. At least 60 hours a week, he figures. Calm and cool on the ground, Mr. Creato is a conversationalist in the sky. Circling above sandbars and Island neighborhoods in his cherry red biplane, he points out marine life and celebrity houses to passengers.

Mr. Creato said pilots and aviation enthusiasts are a breed bound to find one another, and the airfield has fostered that community for decades.

“Weirdos who don’t know what else to do come here, and they find the other weirdos,” he said.

Even among the few grass airfields in the country, Katama Airfield is unique. It has three airstrips, more than most, and sightlines of South Beach and the Atlantic Ocean.

“There’s a lot of cool destinations in New England,” Ms. Fitzpatrick said. “This is the best one.” 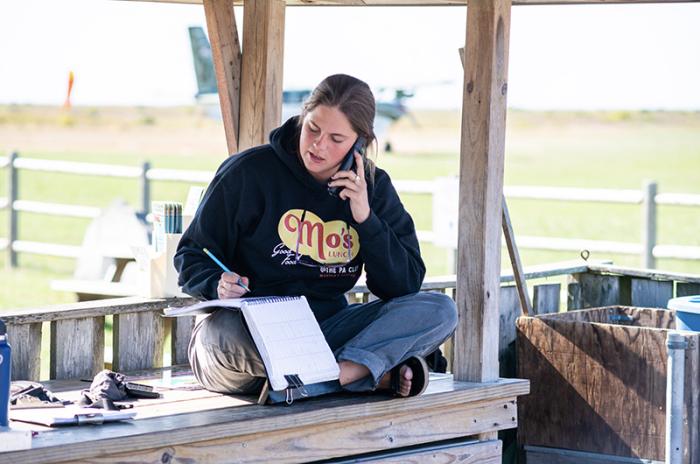 Dozens of pilots have learned to fly there, some going on to become commercial pilots. A shirttail is hung in the Katama Kitchen restaurant, located on the property, for pilots who have completed their first solo flights here. Ms. Fitzpatrick’s shirttail hangs in a row above a window in the restaurant. “Your first solo is awesome, but scary,” she said. “But then you do your first landing and it feels great.”

Flying instruction has waned in recent years, Ms. Fitzpatrick said. Mr. Creato used to teach classes, but now rarely takes on new students. But with a new hangar constructed and in the final stages of walk-throughs, this could change.

“I think increasingly that aviation education is going to be huge,” Ms. Fitzpatrick said. “That’s the future of aviation — the young kids.”

The new hangar replaces the original which stood for 75 years before being demolished in 2020. Ms. Fitzpatrick said it was sad to see the old hangar go, but that it was on the verge of collapse before it was demolished.

“It was ready to come down on its own,” she said. 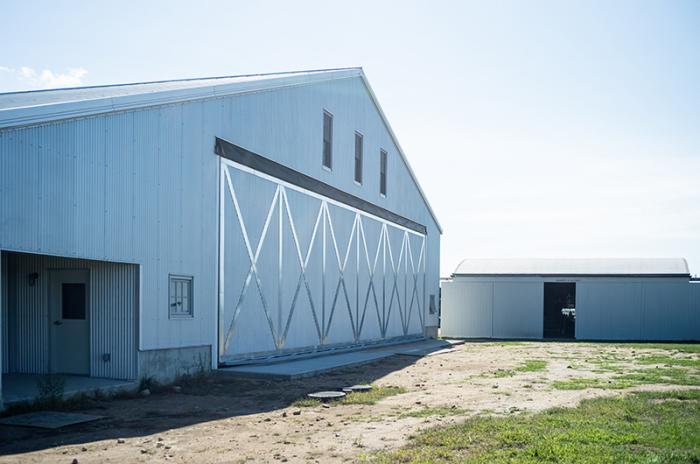 The new hangar is larger — able to house about four planes year-round, with enough room to shelter seven or eight planes in an emergency. Those involved with the airport hope the new space allows for more flight instruction. The Katama Airfield Trust may even subsidize lessons for Islanders, said trust treasurer Leelee Smith Klein.

“This is a publicly-owned property, but there is a charitable arm to it,” Ms. Smith Klein said.

Ms. Smith Klein said she also hopes the hangar will provide new revenue. She said as a town-run entity, funding for the airfield from Edgartown voters isn’t a guarantee.

“We are profitable, but like most airports, we’re not a money machine,” Ms. Fitzpatrick said.

Ms. Fitzpatrick said the airfield still draws interest from the children who visit, and many who ride in Mr. Creato’s biplane vow to become pilots themselves.